The Trumpbot
in action 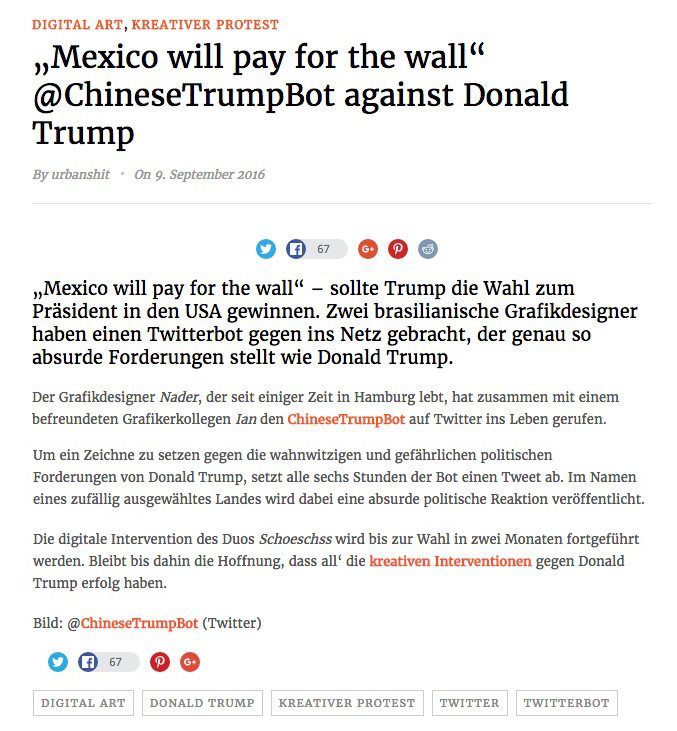 Censorgram is a Tablet App that comes pre-loaded with a series of 7 filters, each named after a country infamous for censorship. If you are curious to know how a particular article appears to citizens of any of these countries, all you have to do choose the specific filter and scan the article. The filter censors, replaces, deletes, reorders and airbrushes words, phrases, sentences and even entire paragraphs in such a way the reader gets a completely different interpretation of events. At the end of the article people are redirected to NGO’s devoted to free press and encouraged to make a donation so that this cause can be financially supported and sustained over a period of time. People can also sign an online petition that pressures these countries to removes their censorship filters and support a free and open press and share these manipulated articles on social platforms like Facebook and Twitter, helping promote the Censorgram App. We could also create a real-time-feed of the most trending censored articles.