Nobody knows what is it but the expectations are very high.

NBC, the producer of the series, spent millions on the release of The Event in the U.S. All this created an enormous expectation for the premiere, both by spectators and the media. Little was known about “The Event” itself: the Universal Channel series was so shrouded in mystery that not even the actors knew what was about to come. Neither did we. The first initiative of the agency, together with the channel, was to admit that little was known about the series.

We fed social media with theories with the hashtag #theeventfacts riding on the by then Twitter larger than life trending topic #chucknorrisfacts and inviting the audience to create their theories about what would be the “Event” and create buzz about the Premiere. Real life events, like a massive blackout in Brazil, were used as part of the social media strategy regardless they’re or not ‘The Event.’ In addition to that a website was created, qualasuateoria.com.br (‘what is your theory’) where the fans of the series were able to share their own conspiracy theories. 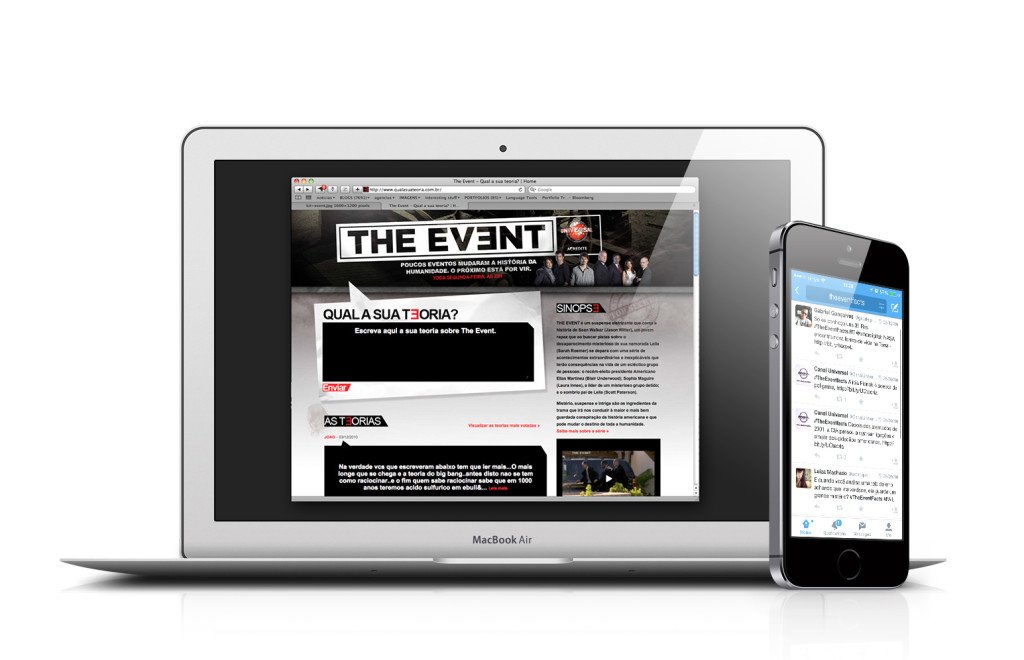 The production of the series itself was a target of conspiracy theories involving the secret in which the shootings took place. We took advantage of that, feeding the public’s curiosity using facts from the pilot episode mixed with curated information to generate buzz for the newly orphaned fans of ‘Lost’ and ’24’ that had ended in the previous season. 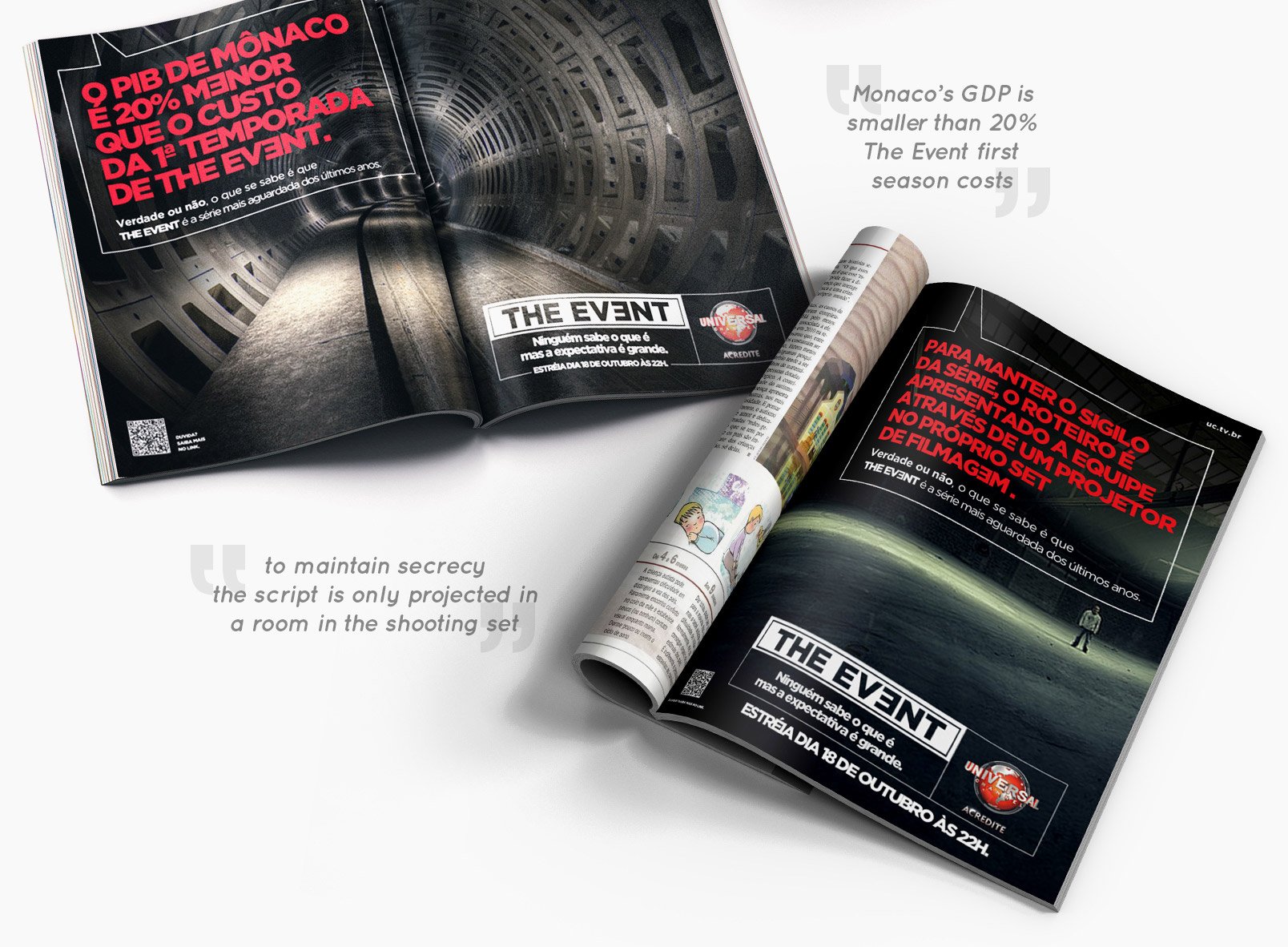 A special billboard with fake smoke and windows resembling the building the panel was mounted was placed next to another billboard with the headline “The explosion beside us is not The Event.”

A press kit resembling a secret file, including information only revealed by UV light was sent to media and bloggers giving them some extra content to write.